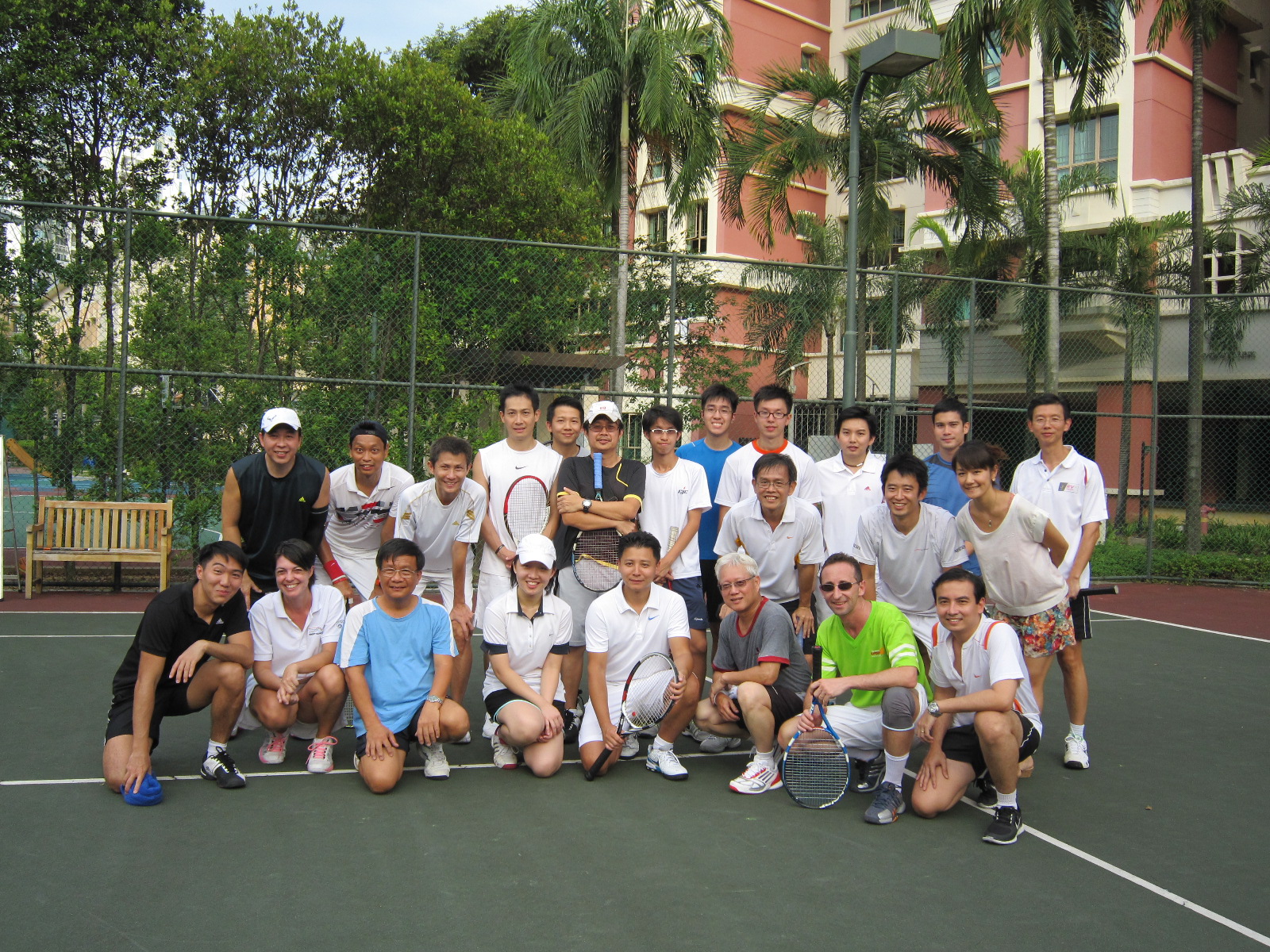 It has been almost 2 years since Team Rivervale hit the friendly trail.So it was a no-brainer when HL Lee of Team Nestle approached me to set up a Team Friendly.

Apparently Team Nestle got the travelling bug when they hit their own trail after visiting Team Fitness Network of Science Park Singapore for their 1st friendly.On that day Team Rivervale had 4 youngsters namely JunJie (17), John Ho(20) , Bryan Heng(20) and Ronathan Lee(20) who have come full circle after going through their junior ranks and now shouldering the batons for their more illustrious but battle beaten RV dads namely, Albert, Robin , Roland and Cliff Lee. And they have showed the kind of metal that team RV are known for and won all their respective matches in this friendly.Team Nestle had a MNC team reps consisting of French, Swiss and Japanese expats and their local reps. They were a most spirited team including 2 lady players and the friendly was played in the most friendly of manners and on behalf of our team , we like to thank them for inviting us for this friendly.It was very NICE of them and we wish them all the best in their Team Campaigns. Many reasons to fight for other than MILO drinks, I am sure.

RegardsAlbert TeoP/S Do you have a TEAM in singapore. We welcome a friendly with you. Join this Singapore Team league today